Easy Ways to Unclog a Toilet Like a Pro

A clogged toilet is a gruesome dilemma that may put you completely off guard on any normal or a special day. Whether it is at home, at an office, or a place for recreation; a neat and clean toilet is an important requirement of human beings. However, an unfortunate situation may arise any time your toilet gets clogged and becomes non-functional. It is the kind of problem that requires a quick solution to avoid further trouble. Although it may seem difficult to unclog a toilet without the help of a plumber, we are going to share some tips and tricks to use in case of emergency and to save time and money by fixing the clogged toilet on your own.

Methods to Fix a Clogged Toilet

By Using Your Hands

People usually hesitate to put their hands into the toilet bowl. However, most of the time, we can easily unclog a toilet just by using our hands. One can easily keep their hands clean from germs by using thick rubber gloves that are long enough to cover the hands as well as elbows. Reaching into the clogged toilet and removing the blockage with your hands covered is the best, easiest, and quickest method to unclog your toilet.

Sometimes your hands will not be able to reach far enough or the blockage is impregnable using your hands. In such cases, a plunger can be used. This is a commonly used tool for this purpose - it is made of a stick with a rubber cup attached to one end. The vacuum created in the cup helps the plunger in suction. The method is simple and effective. One has to put the plunger down into the toilet and force it as far as it can go. At first the plunger should be moved slowly; however, once you have pushed the air down into the toilet, you should go on pulling and pushing harder until it is unclogged. The plunging method is enough to unclog almost any type of clogging. 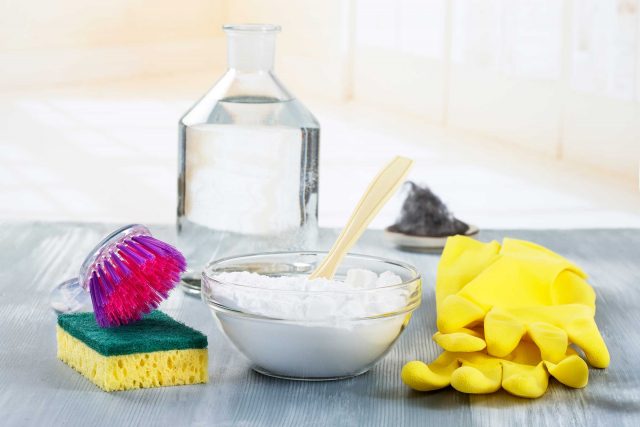 Different types of chemicals are used as a simple and less exertive method to unclog a toilet. There are some enzyme products that are not damaging to the toilet pipes and are effective in clearing out organic waste. You can also get a homemade drain cleaner ready with the help of some simple ingredients. One can easily make a drain cleaner by adding together hot water, vinegar, and baking soda. However, sometimes these drain cleaners are unable to unclog the toilet if a toy or some other hard material gets stuck in there.

There are some other efficient tools that are quite helpful in this distressed situation. A plumbing snake is a very useful tool capable of unclogging almost every kind of clogged toilet. It breaks the obstacle into pieces that can easily be drained out through flushing. 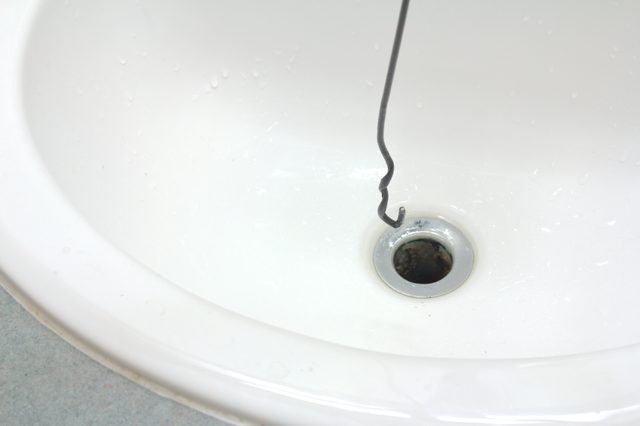 A wet/dry vacuum cleaner can also be used to suck out the unwanted thing that is responsible for clogging the toilet. In order to use it, one has to make sure first that the water in the bowl is dried. After removing water push the end of the vacuum cleaner into the pipe after covering it with an old towel and turn it on. The pressure will suck out the blocking material immediately.

If you take the below precautionary steps before applying any method to clear a clogged toilet, they will help you in getting the job done in a more effective way and will result in a lesser mess to clear up afterwards.

Using an air freshener before starting the work will suppress the bad odors and in this way you'll be able to try a method with less discomfort.

Using some plastic sheets or old newspapers to cover the floor around the clogged toilet bowl will let you remove the spoiled sheets easily after the completion of work. Hence you'll have to put less effort into cleaning the surrounding area after unclogging the toilet.